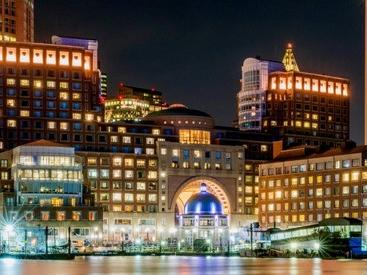 Plan your travels with wine in mind: In the new year, look for festivals in San Francisco and Boston, get your après-ski culinary fix at Beaver Creek in Colorado, and taste at Rome’s new wine-centric hotel. Plus, a new wine club opens in Uruguay

The long-running Boston Wine Festival returns to the waterfront Boston Harbor Hotel, home to the wine-centric Meritage restaurant, with a series of dinners and seminars from Jan. 18 to March 30. The festival kicks off on Jan. 12 with a grand-opening reception featuring 50 wines and food from chef Daniel Bruce, who has been organizing the festival’s wine dinners since its inception in 1989.

Look for two particular highlights in January. “The Battle of the Cabernets” dinners on Jan. 18 and 19 invite participants to vote for their favorite wine as they sip Napa Valley Cabernet Sauvignons like the Ramey Annum 2013 and Martin Ray Synthesis 2014. The two nights differ in their lineups—divided up among producers like Hall, Paul Hobbs, Plumpjack, Pine Ridge, Odette, Robert Foley and others—so check the event calendar for details. Tickets cost $250 per person. A Châteauneuf-du-Pape wine dinner on Jan. 24 ($175 per person) pairs eight wines with a four-course dinner that draws from the fare of France's Rhône Valley, and tickets are selling fast.

To read the full article in Wine Spectator, click here.